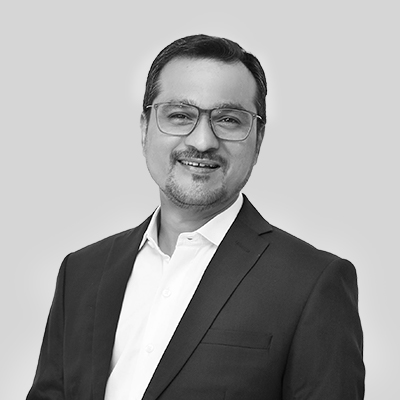 A voracious reader, an ardent dog lover, a full-time entrepreneur, a man with a mission – eMentalist’s Founding Director Mr. Dharmendra Tirdia dons many caps. Dharmendra; is a person who can start an insightful conversation on metaphysics when he’s out in the night walking his four legged fur kid, Kaizer and at office he can leave you flabbergasted with his eye to details coupled with technical insights! With 19+ years of precipitated professional experience, there is hardly any Operational situation that Dharmendra can’t bring a solution to.

Dharmendra started off his career into software programming moving into BPO industry, then a decade in telecom industry sales, service & retention while serving with Vodafone India, where he grew up the ladder much quicker than his colleagues. Always delivering exceptional business results made him recipient of many coveted awards. While he carries a pool of energy along with him; on the table he brings a visionary approach in strategizing & execution for achieving exceptional long term results.

Dharmendra’s resilient business acumen and uncompromising customer centricity; makes eMentalist a preferred outsourcing partner where value for money is guaranteed.
When he is not working, he continues learning while playing with his German Shepard kid, Kaizer, or reading a book. He is an active member of PETA India and an evangelist for animal rights; and of course vegan by choice. He is a cyclist who does not miss his morning ride to stay fit.

From being a solo travel, a biker, an adventure-lover to enjoying photography with oodles of passion; vivacious can easily be our HR director Pooja Desai’s middle name! With more than a decade long enriched career in both banking and telecommunications; Pooja has been acing the game with organizational effectiveness, career development, and HR analytics.

A Commerce post-grad along with PHRM as well as a certified HR Generalist along with a lean six sigma holder, this young lady has many feathers to her educational background. And what she absolutely loves about her job is that she gets to meet and collaborate with people having distinct qualities and cultures.

Pooja ensures to engage the entire team at eMentalist making the work place a much lively and happy space for all. She firmly believes in enlightening herself with most of the work processes from across various departments at eMentalist that makes her a much-sought-upon person in the office premise!

A totally social animal on weekends that Pooja is, she can’t sit idle — when not working, she will pick up a pencil and start drawing. 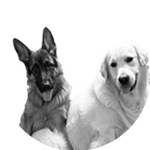 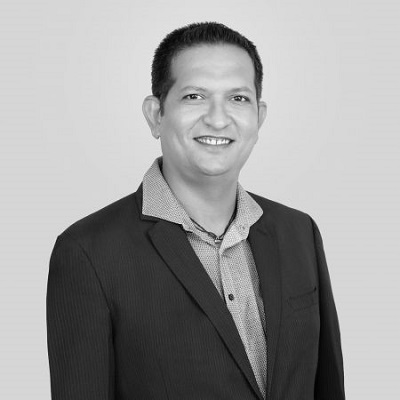 Nishant Narayandas Rachh is a 39-year old perfectionist, who enjoys travelling alone, listening to music, and reading Mysteries and Fiction. He is an individual who believes that ‘passion is a key ingredient in everything one does’. One of his life mantras is ‘all is in the state of mind’. His key strengths include: adopting as well as adapting to new things sprightly, generating trust across poles apart stakeholder groups. Moreover, among his skills the ones’ which stand out the most are inclusive leadership, communication, client management and critical thinking.

Growing up in a working class neighbourhood with five siblings, life never came easy for him. But with his optimistic and dedicated attitude towards achieving success in life he never gave up. Having immense family succour and self-esteem he has accomplished sundry life objectives and still continues to shoulder the responsibilities of the family.

Healthy body breeds healthy mind and so he keeps himself in good shape by playing volleyball since his university days where he has participated in national tournaments.

Over the weekends, Nishant usually hangs out with his friends and family. He goes along with children pretty well; a typical guy who’d love to satisfy every demand of your kid. When he is not traveling or chilling out with friends, he would be binge watching series with chips and cola. He is also a connoisseur of succulent food. 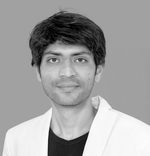 A friendly, energetic, and funny personality, he started off his journey in 2004, with a dream of joining the DIAT (Defense Institute of Advanced Technology) in Pune for pursuing a course in designing missile guidance systems but his application got turned down as he did not meet a major criterion that none of his first bloods were in the defense forces.

Not getting dismayed by this experience, he instead took it as a stepping stone and relentlessly pursued a career in cyber-security, completing his bachelor in computer science from Gujarat and later pursuing his post-graduation in cyber security and project management from a reputed Canadian University and graduating with Honors. Simultaneously, he also accomplished an array of certifications in the field of intelligence from reputed institutions like Georgetown University, DCSA (Defense Counterintelligence and Security Agency), and the U.S. D.o.D (Department of Defense). Currently, he is also preparing for his CISSP certification. He believes: “Knowledge can never end and perfection can never be attained, no matter how hard you pursue them.”

The Journey from a trainee systems developer in an MNC, a Technical Engineer, to a Specialist in the stolen vehicle & kidnapping recovery, and finally to the Head of Technology has been quite a journey for him. An avid traveler, swimmer, and a raging fan of heavy metal music, he is always striving to help his team achieve more which keeps him going in life and firmly believes in these quotes by some of his idols: